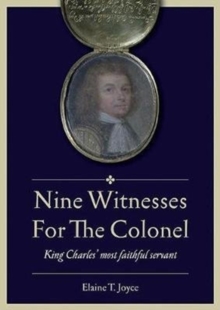 Desperate, exhausted after the Battle of Worcester and hunted by Cromwell's troops, King Charles II was helped by the courageous and resourceful Colonel Careless, who in one of history's most enthralling incidents, hid with him in an oak tree.

Who was this brave officer risking his life for his Monarch?

Where was he from and what became of him after these dramatic events?

This thoroughly researched book reveals the life and character of Colonel William Careless as witnessed by his family, his friends and even the King himself!

It gives an insight into the lives and hardships of some of Staffordshire's ordinary people in the seventeenth century, who were so convinced of their beliefs and loyalties they were prepared to face the dangers of imprisonment or even death.

Above all, this is the story of an honourable man who, in one of England's most troubled and momentous times, acted as a trustworthy and loyal hero.