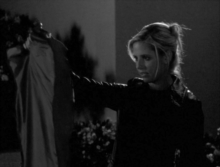 When the final episode of Buffy the Vampire Slayer aired in 2003, fans mourned the death of the hit television series.

Yet the show has lived on through syndication, global distribution, DVD release, and merchandising, as well as in the memories of its devoted viewers.

Buffy stands out from much entertainment television by offering sharp, provocative commentaries on gender, sexuality, race, ethnicity, and youth.

Yet it has also been central to changing trends in television production and reception.

As a flagship show for two U.S. "netlets"-the WB and UPN-Buffy helped usher in the "post-network" era, and as the inspiration for an active fan base, it helped drive the proliferation of Web-based fan engagement.In Undead TV, media studies scholars tackle the Buffy phenomenon and its many afterlives in popular culture, the television industry, the Internet, and academic criticism.

Collectively, they reveal how a vampire television series set in a sunny California suburb managed to provide some of the most biting social commentaries on the air while exposing the darker side of American life.