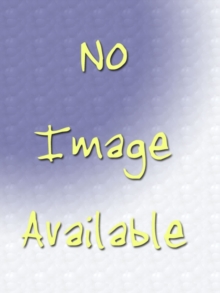 Boring Formless Nonsense intervenes in an aesthetics of failure that has largely been delimited by the visual arts and its avant-garde legacies.

It focuses on contemporary experimental composition in which failure rubs shoulders with the categories of chance, noise, and obscurity.

In these works we hear failure anew. We hear boredom, formlessness, and nonsense in a way that gives new purchase to aesthetic, philosophical, and ethical questions that falter in their negative capability.

Reshaping debates on failure as an aesthetic category, eldritch Priest shows failure to be a highly dubious concept.

The book frames recent experimental composition as a deviant kind of sound art whose affective and formal elements reflect on current issues in contemporary culture, and offers analyses of musical works and performance practices that are rarely heard, let alone considered as significant cultural phenomena - showing the role that obscurity and the esoteric have in articulating current cultural realities.