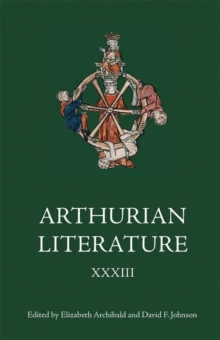 A wide range of Arthurian material is discussed here, reflecting its diversity, and enduring vitality. Geoffrey of Monmouth's best-selling Historia regum Britannie is discussed in the context of Geoffrey's reception in Wales and the relationship between Latin and Welsh literary culture.

Two essays deal with the Middle English Ywain and Gawain: the first offers a comparative study of the Middle English poem alongside Chretien's Yvain and the Welsh Owein, while the second considers Ywain and Gawain with the Alliterative Morte Arthure in their northern English cultural and political context, the world of the Percys and the Nevilles.

It is followed by a discussion of Edward III's recuperation of his abandoned Order of the Round Table, which offers an intriguing explanation for this reversal in the context of Edward's victory over the French at Poitiers.

The final essay is a comparison of fifteenth- and twentieth-century portrayals of Camelot in Malory and T.H.

White, as both idea and locale, and a centre of hearsay and gossip. The volume is completed with a unique and little-known medieval Greek Arthurian poem, presented in facing-page edition and modern English translation. Elizabeth Archibald is Professor of English Studies at Durham University, and Principal of St Cuthbert's Society; David F. 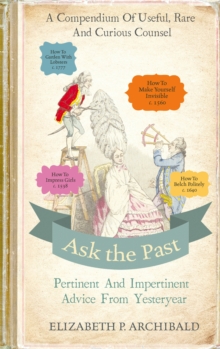