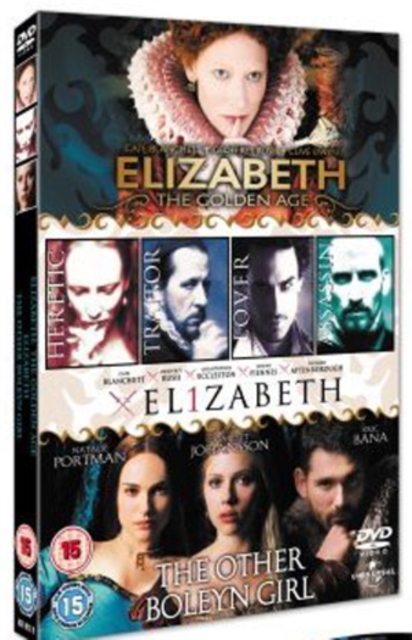 Elizabeth/Elizabeth: The Golden Age/ The Other Boleyn Girl DVD

Trio of big-budget Tudor dramas. In 'Elizabeth' (1998), it's 1554, and England is ruled by the fervently Catholic Queen Mary (Kathy Burke), whose persecution of Protestants even extends to her own half-sister, Elizabeth (Cate Blanchett).

When Mary dies, Elizabeth succeeds to the throne, but finds her country under threat from the Scots, French and Spanish.

Although conducting an affair with Robert Dudley, the Earl of Leicester (Joseph Fiennes), Elizabeth is urged by her advisors to wed and produce an heir.

Meanwhile, plots against her are being hatched by the Catholic bishops, and Elizabeth soon becomes the target of an assassination attempt.

In 'Elizabeth: The Golden Age' (2007), Blanchett reprises her role as the 'Virgin Queen' in this sequel to the Oscar-nominated 'Elizabeth'.

This time round Elizabeth has to contend with the rising power of Spain, as Philip II (Jordi Molla) readies an armada for invasion, intent on returning England to Catholic influence.

While her trusty servant Sir Francis Walsingham (Geoffrey Rush) works tirelessly to protect her from numerous plots, Elizabeth discovers she has a potential weakness in her fondness for Sir Walter Raleigh (Clive Owen).

Finally, 'The Other Boleyn Girl' (2008) is a fictionalised account of the life of Mary Boleyn (Scarlett Johansson) who was mistress to King Henry VIII (Eric Bana) before he married her sister, Anne (Natalie Portman).

Set during one of the most dramatic periods in British regal history, the narrative focuses on the relationship and rivalry between the two Boleyn girls and the power game being played by their family in which the sisters are mere pawns. 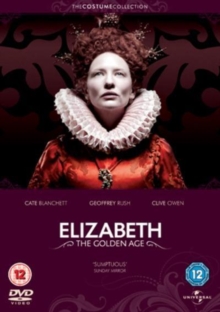 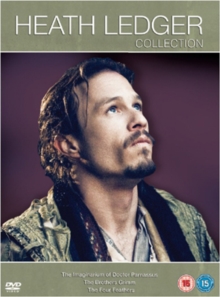 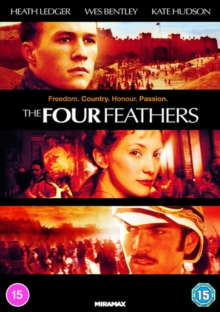 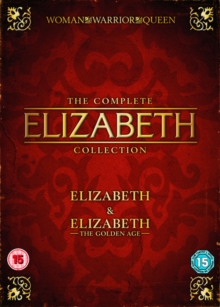