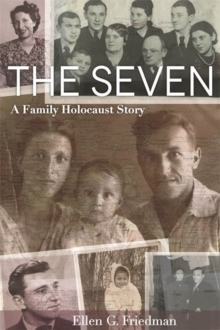 A literary memoir of exile and survival in Soviet prison camps during the Holocaust. Most Polish Jews who survived the Second World War did not go to concentration camps, but were banished by Stalin to the remote prison settlements and Gulags of the Soviet Union.

Less than ten percent of Polish Jews came out of the war alive-the largest population of East European Jews who endured-for whom Soviet exile was the main chance for survival.

Ellen G. Friedman's The Seven, A Family HolocaustStory is an account of this displacement. Friedman always knew that she was born to Polish-Jewish parents on the run from Hitler, but her family did not describe themselves as Holocaust survivors since that label seemed only to apply only to those who came out of the concentration camps with numbers tattooed on their arms.

The title of the book comes from the closeness that set seven individuals apart from the hundreds of thousands of other refugees in the Gulags of the USSR.

The Seven-a name given to them by their fellow refugees-were Polish Jews from Warsaw, most of them related.

The Seven, A Family Holocaust Story brings together the very different perspectives of the survivors and others who came to be linked to them, providing a glimpse into the repercussions of the Holocaust in one extended family who survived because they were loyal to one another, lucky, and endlessly enterprising.

Interwoven into the survivors' accounts of their experiences before, during, and after the war are their own and the author's reflections on the themes of exile, memory, love, and resentment.

Based on primary interviews and told in a blending of past and present experiences, Friedman gives a new voice to Holocaust memory-one that is sure to resonate with today's exiles and refugees.

Those with an interest in World War II memoir and genocide studies will welcome this unique perspective. 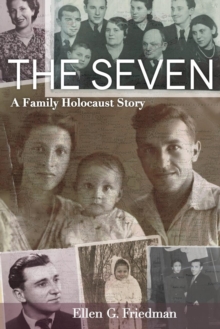 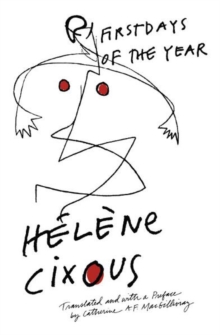