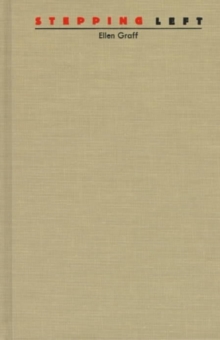 Stepping Left simultaneously unveils the radical roots of modern dance and recalls the excitement and energy of New York City in the 1930s.

Ellen Graff explores the relationship between the modern dance movement and leftist political activism in this period, describing the moment in American dance history when the revolutionary fervor of "dancing modern" was joined with the revolutionary vision promised by the Soviet Union.

This account reveals the major contribution of Communist and left-wing politics to modern dance during its formative years in New York City.

From Communist Party pageants to union hall performances to benefits for the Spanish Civil War, Graff documents the passionate involvement of American dancers in the political and social controversies that raged throughout the Depression era.

Dancers formed collectives and experimented with collaborative methods of composition at the same time that they were marching in May Day parades, demonstrating for workers' rights, and protesting the rise of fascism in Europe.

Graff records the explosion of choreographic activity that accompanied this lively period-when modern dance was trying to establish legitimacy and its own audience.

Stepping Left restores a missing legacy to the history of American dance, a vibrant moment that was supressed in the McCarthy era and almost lost to memory.

Revisiting debates among writers and dancers about the place of political content and ethnicity in new dance forms, Stepping Left is a landmark work of dance history. 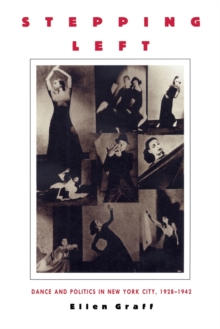