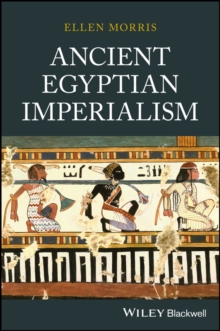 Offers a broad and unique look at Ancient Egypt during its long age of imperialism Written for enthusiasts and scholars of pharaonic Egypt, as well as for those interested in comparative imperialism, this book provides a look at some of the most intriguing evidence for grand strategy, low-level insurgencies, back-room deals, and complex colonial dynamics that exists for the Bronze Age world.

It explores the actions of a variety of Egypt s imperial governments from the dawn of the state until 1069 BCE as they endeavored to control fiercely independent mountain dwellers in Lebanon, urban populations in Canaan and Nubia, highly mobile Nilotic pastoralists, and predatory desert raiders.

The book is especially valuable as it foregrounds the reactions of local populations and their active roles in shaping the trajectory of empire.

With its emphasis on the experimental nature of imperialism and its attention to cross-cultural comparison and social history, this book offers a fresh perspective on a fascinating subject. Organized around central imperial themes which are explored in depth at particular places and times in Egypt s history Ancient Egyptian Imperialism covers: Trade Before Empire Empire Before the State (c. 3500-2686); Settler Colonialism (c. 2400-2160); Military Occupation (c. 2055-1775); Creolization, Collaboration, Colonization (c. 1775-1295); Motivation, Intimidation, Enticement (c. 1550-1295); Organization and Infrastructure (c. 1458-1295); Outwitting the State (c. 1362-1332); Conversions and Contractions in Egypt s Northern Empire (c. 1295-1136); and Conversions and Contractions in Egypt s Southern Empire (c. 1550-1069). Offers a wider focus of Egypt s experimentation with empire than is covered by general EgyptologistsDraws analogies to tactics employed by imperial governments and by dominated peoples in a variety of historically documented empires, both old world and newAnswers questions such as how often and to what degree did imperial blueprints undergo revisions? Ancient Egyptian Imperialism is an excellent text for students and scholars of history, comparative history, and ancient history, as well for those interested in political science, anthropology, and the Biblical World. 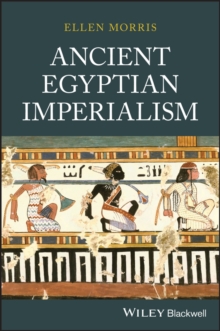