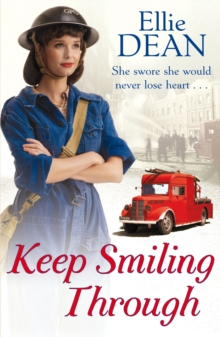 Rita Smith swore she would never lose heart . . . Despite losing her mother at a young age and her father away on important war work, seventeen-year-old Rita Smith has plenty of people to turn to in the close-knit community of Cliffhaven.

Until Italy sides with Germany and Rita's closest friends and neighbours are interned as enemies of the state.

As war rages across Europe, Rita is more determined than ever to do her bit for the war effort.

Although she is forced to give up her dream of joining the WAAF, she volunteers as a fire warden.

When her own home is destroyed Rita vows she will not lose spirit and throws herself into doing her bit for king and country, longing for the day when she is reunited with those she loves best... A fabulous, heart-warming Second World War novel in Ellie Dean's bestselling Cliffehaven series (previously called the Beach View Boarding House series).