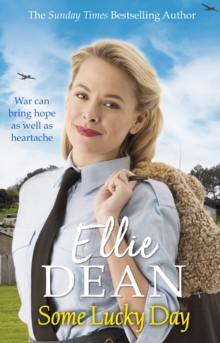 But tragedy strikes when she is forced to crash-land and is badly injured.

She is taken to a specialist hospital in Cliffehaven, where she must come to terms with the disabling injury that threatens her career.

Then comes the shattering news that her beloved brother has been shot down and presumed dead. And she wonders if she'll able to find the courage and fortitude to carry on. As Kitty slowly recovers - with the help of Peggy Reilly and her family at Beach View boarding house - she is more determined than ever to return to the job she loves, whatever it takes. A fabulous, heart-warming Second World War novel in Ellie Dean's bestselling Cliffehaven series (previously called the Beach View Boarding House series).