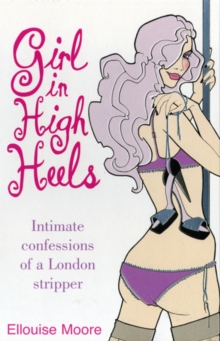 'He thought I was different from all the other girls and really shouldn't be there.

A lot of men think like that; they want to save you.

When it was time for his party to leave he reached into his pockets and pulled out a huge wad of notes.

It was nearly four grand. I'd never held so much money in my life.'Naive, fresh faced and wearing a floral dress, it seemed unlikely that Ellouise Moore would be selected from amongst the hundreds of glamorous girls when she auditioned at a well-known West End strip club.

But she quickly learnt the ropes and became a club favourite. Intimate and very revealing, Ellouise tells us all about her life as a London stripper.

We meet her regular clients and hear of the illicit sex and drugs behind the scenes. And how, in a world where many girls get lost in the glitz, she managed to stay afloat.