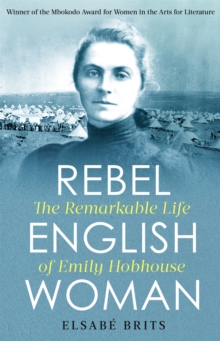 Winner of the Mbokodo Award for Women in the Arts for Literature, the ATKV (Afrikaans Language and Culture Association) Award for non-fiction and the kykNet/Rapport Award for non-fiction. 'Here was Emily . . . in these diaries and scrapbooks. An unprecedented, intimate angle on the real Emily'Elsabe Brits has drawn on a treasure trove of previously private sources, including Emily Hobhouse's diaries, scrap-books and numerous letters that she discovered in Canada, to write a revealing new biography of this remarkable Englishwoman. Hobhouse has been little celebrated in her own country, but she is still revered in South Africa, where she worked so courageously, selflessly and tirelessly to save lives and ameliorate the suffering of thousands of women and children interned in camps set up by British forces during the Anglo-Boer War, in which it is estimated that over 27,000 Boer women and children died; and where her ashes are enshrined in the National Women's Monument in Bloemfontein. During the First World War, Hobhouse was an ardent pacifist.

She organised the writing, signing and publishing in January 1915 of the 'Open Christmas Letter' addressed 'To the Women of Germany and Austria'.

In an attempt to initiate a peace process, she also secretly metwith the German foreign minister Gottlieb von Jagow in Berlin, for which some branded her a traitor.

In the war's immediate aftermath she worked for the Save the Children Fund in Leipzig and Vienna, feeding daily for over a year thousands of children, who would otherwise have starved.

She later started her own feeding scheme to alleviate ongoing famine. Despite having been instrumental in saving thousands of lives during two wars, Hobhouse died alone - spurned by her country, her friends and even some of her relatives. 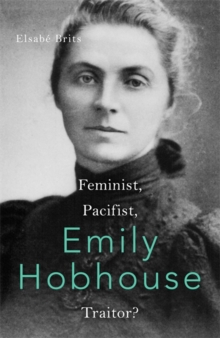