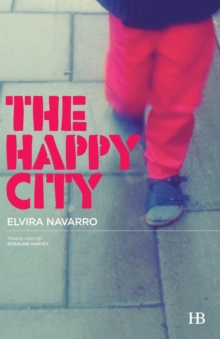 "I feel terrible. Although he doesn't say it, I know he had been hoping the whole time that I would explain it all somehow; but I can't explain it, because I don't understand anything." These disturbing words, almost a distillation of the entire text, close the novel The Happy City by Elvira Navarro, who featured in Granta's The Best of Young Spanish-Language Novelists issue in 2010.

The stories of Chi-Huei-a Chinese boy whose family has come to Spain in search of a better life-and his friend Sara-a girl strangely fascinated by the figure of a homeless man-are divided into two separate yet complementary sections, presenting the reader with a detailed account of the difficulties surrounding their life circumstances and all the richness of an approach long forgotten by many: the genuine, as-yet untamed way that the book's pre-adolescent protagonists view the world around them, their initial astonishment finally turning to frustration as they gaze upon their dehumanized society.The first faltering steps towards sexuality, the pressure of one's social environment, the way that polarized outlooks on life can coexist at the core of the same family, those first experiences of disillusionment as we awake into the adult world: these are some of the themes that Navarro lays out for her readers in order to reveal, with razor-sharp control, the constant duality that exists between the outward appearance of things and their inner reality.