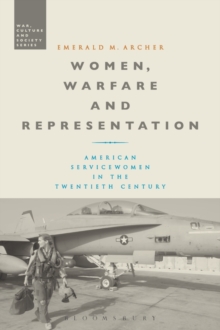 Part of the War, Culture and Society series

Women, Warfare and Representation considers the various ways the American servicewoman has been represented throughout the 20th century and how those representations impact the roles she is permitted to inhabit.

While women have a relatively short history in the American military, the last century shows an evolution of women's direct participation in war despite the need to overcome societal sex-role expectations. The primary focus is on the American case, but Emerald Archer also introduces a comparative element, showing how women's integration in the military differs in other countries, including Great Britain, Canada and Israel.

Adopting an interdisciplinary approach, the book draws on military history, theory and social psychology to offer a more complete and integrated history of women in the military and their representation in society.