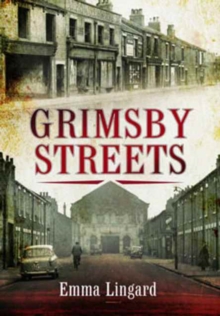 Grimsby Streets is a journey through time, which examines the meaning of many of the towns names and their association with the Danish settlers, through to the Victorian era, and the men who helped develop the town and build its surrounding docks.

Names of the great and good that were forgotten until now are explored, as well as some of the many famous people who were born there, and where they lived.

The book also covers the many incidents, which occurred on Grimsby's streets, to give a colourful insight into the history of this once famous fishing port and some of the many wonderful buildings that stood in this proud port.

Included throughout are a selection of old photographs, some of which have never been published before, which for many folk will give them a reminder of what this town used to be like before change and demolition in the 1960s.