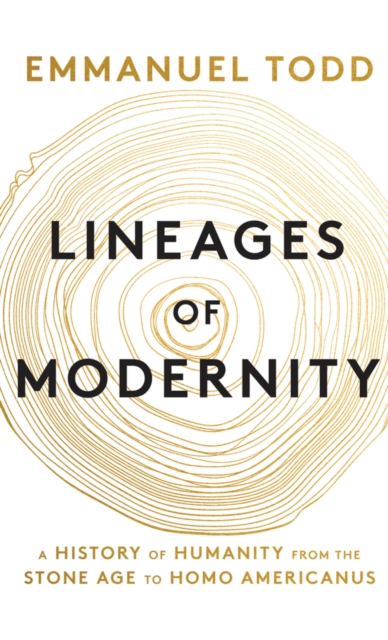 Lineages of Modernity : A History of Humanity from the Stone Age to Homo Americanus Hardback

In most developed countries there is a palpable sense of confusion about the contemporary state of the world.

Much that was taken for granted a decade or two ago is being questioned, and there is a widespread urge to try and understand how we reached our present situation, and where we are heading. In this major new book, the leading sociologist, historical anthropologist and demographer Emmanuel Todd sheds fresh light on our current predicament by reconstructing the historical dynamics of human societies from the Stone Age to the present.

Eschewing the tendency to attribute special causal significance to the economy, Todd develops an anthropological account of history, focusing on the long-term dynamics of family systems and their links to religion and ideology - what he sees as the slow-moving, unconscious level of society, in contrast to the conscious level of the economy and politics.

He also analyses the dramatic changes brought about by the spread of education.

This enables him to explain the different historical trajectories of the advanced nations and the growing divergence between them, a divergence that can be observed in such phenomena as the rise of the Anglosphere in the modern period, the paradox of a Homo americanus who is both innovative and archaic, the startling electoral success of Donald Trump, the lack of realism in the will to power shown by Germany and China, the emergence of stable authoritarian democracy in Russia, the new introversion of Japan and the recent turbulent developments in Europe, including Brexit. This magisterial account of human history brings into sharp focus the massive transformations taking place in the world today and shows that these transformations have less to do with the supposedly homogenizing effects of globalization and the various reactions to it than with an ethnic diversity that is deeply rooted in the long history of human evolution.

Also by Emmanuel Todd  |  View all 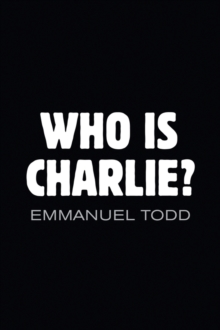 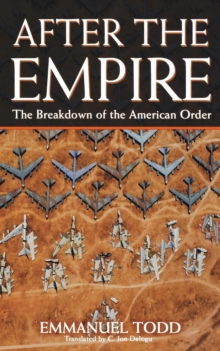 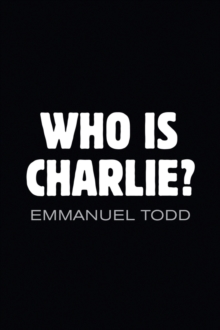 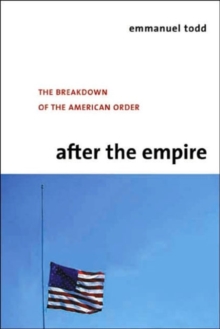