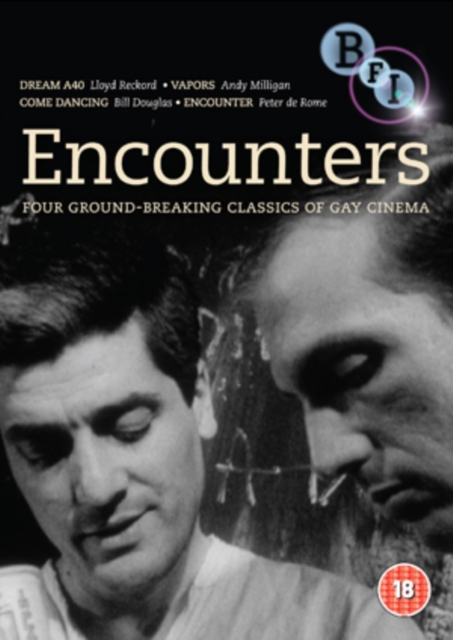 Collection of four ground-breaking shorts in which gay men interact in a variety of circumstances.

In 'Dream A40' (1965) a couple try to stop themselves from showing public displays of affection.

In 'Come Dancing' (1970) an encounter between two men in a café takes a dark turn.

Finally, in 'Encounter' (1971), a silent film with a score by Stephen Thrower, a group of men gather in the streets of New York to carry out a secret ritual.