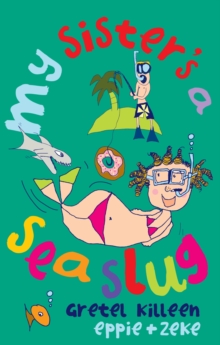 My Sister's A Sea Slug EPUB

When Zeke and Eppie return from outer space stretched long and thin like two pieces of spaghetti, it's only a matter of a very short time before they both get sucked down the bathtub plughole and a new adventure begins. What follows is a giggle-filled, non-stop undersea romp with man-eating seaweed, pirates in petticoats, lost cities, spiral sharks, stolen treasure, killer cordial, secret castles, magic mermaids, splendid speedy sea cyles, barbie bras, invisible enemies, fat fishermen, elastic eels, fairy godfish and supersonic horses and that's all before breakfast!ABOUT THE AUTHORGretel Killeen is well known as a radio and television personality and as a stand-up comedian. Her hilarious articles in various leading Australian newspapers and magazines enjoy an enthusiastic following. She has published an impressive list of best-selling books, including the runaway successes My Life is a Toilet and My Life is a Wedgie and the popular My Sister's series. Her innovative picture books include Cherry Pie and What'll we get for Grandma? Gretel lives in Sydney with her two children Eppie and Zeke. ABOUT THE ILLUSTRATORSHaving practised strenuously at home upon all manner of forbidden surfaces (bedroom walls, their own arms and legs and each others faces), Zeke and Eppie, the hero and heroine of the My Sister series, emerge from the pages to illustrate this tale. While both prefer to draw themselves attractively and illustrate each other as blobs, the contributions of the real life Zeke and Eppie have intriguingly added a new dimension to the My Sister series as the lines between reality, imagination, character and fiction blur. 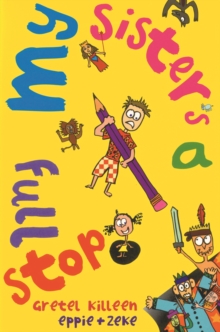 My Sister's A Full Stop 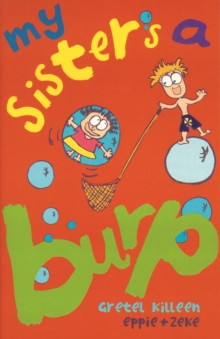 My Sister's A Burp