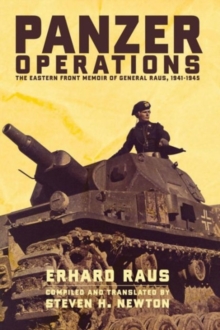 German general Erhard Raus was one of the most talented commanders to fight on the Eastern Front in Russia, where he was eventually appointed to army group command in early 1945.

By the time the war ended, Raus had established a reputation as one of the German army's foremost tacticians of armored warfare, which made him a prized capture by U.S.

Army intelligence. In American captivity, Raus wrote a detailed memoir of his service in Russia.

Newton-covers the Russian campaign from the first day of the war to his being relieved of his command at Hitler's order in the spring of 1945.

It includes a detailed examination of Raus's 6th Panzer Division's drive to Leningrad, his experiences in the Soviet winter counteroffensive around Moscow, the unsuccessful attempt to relieve Stalingrad and the final desperate battles inside Germany at the end of the war. 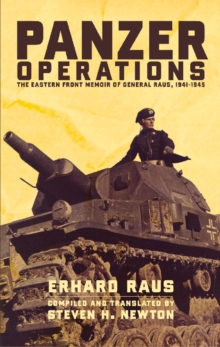