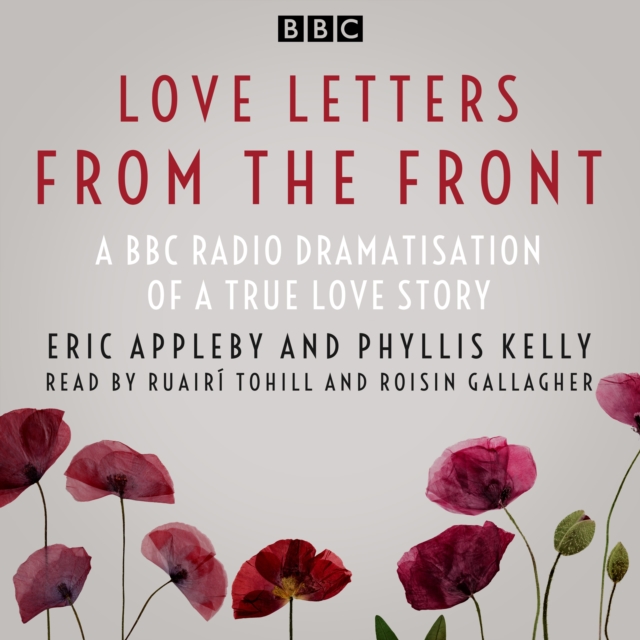 Love Letters from the Front : A BBC Radio dramatisation of a true love story eAudiobook MP3

Eric Appleby was an engineering student from Liverpool, who joined the Royal Field Artillery when war began in 1914. Posted to Athlone, he met and fell in love with solicitor's daughter Phyllis Kelly at a dance. Their romance was interrupted when he was sent to fight in the trenches on the Western Front, but they kept their love alive through a series of wonderfully crafted letters.

This radio series charts their extraordinary correspondence, including over 200 letters, field service postcards and telegrams in which Eric describes his experiences from the time he left Athlone in March 1915 until the tail-end of the Somme offensive in October 1916. Discovered on a top shelf in Belfast's Linen Hall Library by producer Ian Dougan, the letters reveal a touching, unique and bittersweet story.

From memories of their courting days of dances and boat trips, to quarrels, jealousy and the pain of being apart, Eric pours out his deepest feelings of love and loneliness to Phyllis. And as the casualties mount around him, he confides to her the horrors he has witnessed, painting a vivid, shocking picture of the stress and terror of life at the Front. In each letter, the voices of Eric and Phyllis interweave, as if in an intimate conversation, as they reach out across the miles that separate them.

Read by Ruairi Tohill and Roisin Gallagher, and featuring music and sound effects that bring the story to life, this remarkable, moving series will touch your heart. Also included is a 30-minute documentary, Introducing Love Letters from the Front, in which the actors discuss the challenges of performing the letters (they never met during the recording, so that their two perspectives could be kept separate). Plus, presenter Maggie Cronin talks to Phyllis Kelly's relatives, Tom and Patrick, about who Eric and Phyllis really were; and discusses the remarkable context in which their memorable words were written.