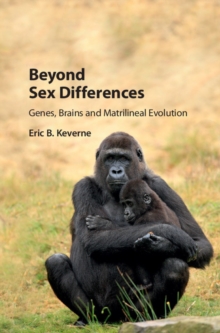 by Eric B. (University of Cambridge) Keverne

Drawing on a range of disciplines including genomic reprogramming, immunology, genomic imprinting, placentation and brain development, this book examines the leading role played by the mother's genome and epigenome in the successful evolutionary progression of humans from ancestral mammals.

Keverne begins by discussing the historic context of the perceived dominance of males and the patriline, before arguing that it is instead the matriline that exerts the dominant influence in shaping the evolution of our brain development and behaviour, especially the co-adaptive development of brain and placenta.

Presenting a balanced outlook on the development of sex differences and an alternative to traditional views, Beyond Sex Differences will be of interest to anyone studying and researching mother and infant development.