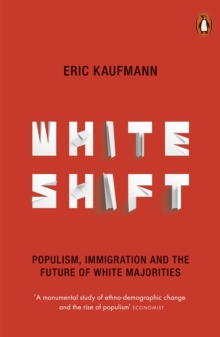 THE TIMES, SUNDAY TIMES, FINANCIAL TIMES and EVENING STANDARD BOOKS OF THE YEAR 2018Whiteshift tells the most important political story of the 21st century: how demographic change is transforming Western politics and how to think about the future of white majorities'Powerful and rigorously researched. . . this is a book that speaks to the most urgent and difficult issues of our time' - John Gray, author of Seven Types of AtheismThis is the century of whiteshift.

As Western societies are becoming increasingly mixed-race, demographic change is transforming politics. Over half of American babies are non-white, and by the end of the century, minorities and those of mixed race are projected to form the majority in the UK and other countries.

The early stages of this transformation have led to a populist disruption, tearing a path through the usual politics of left and right.

One of the most crucial challenges of our time is to enable conservatives as well as cosmopolitans to view whiteshift as a positive development. In this groundbreaking book, political scientist Eric Kaufmann examines the evidence to explore ethnic change in Western Europe and North America. Tracing four ways of dealing with this transformation - fight, repress, flight and join - he charts different scenarios and calls for us to move beyond empty talk about national identity.

If we want to avoid more radical political divisions, he argues, we have to open up debate about the future of white majorities.

Deeply thought provoking, Whiteshift offers a wealth of data to redefine the way we discuss race in the twenty-first century. 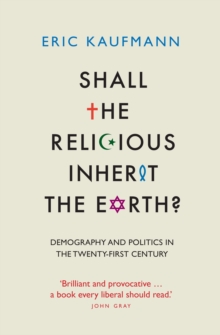 Shall the Religious Inherit the Earth? 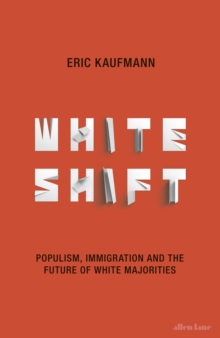