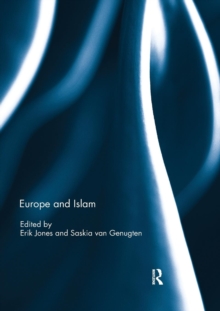 This book provides an in depth analysis of the challenging relationship between Europe and Islam.

The general chapters on secularism, security, identity and solidarity show the challenge of promoting a stable multi-cultural society.

In depth analysis of France, Germany, Britain, the Netherlands, and Italy reveal the extent to which this challenge of stable multiculturalism differs from one country to the next.

The argument that emerges is not that Europe and Islam are incompatible.

Rather it is that reconciling the tensions that arise from the mixing of different cultures will require enormous patience, understanding, and investment.

The contributors represent some of the leading voices in debates about European politics - and not just those focusing narrowly on the question of Islam.

Hence this volume offers both a gateway to understanding the special relationship between Europe and the Muslim world and a means of tying that understanding to the future of European integration.

This book was previously published as a special issue of The International Spectator.