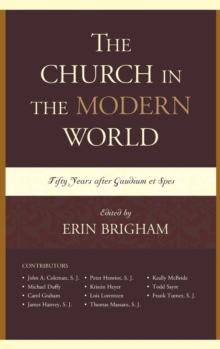 The Church in the Modern World : Fifty Years After Gaudium et Spes Hardback

Featuring scholars from the Joan and Ralph Lane Center for Catholic Studies and Social Thought, this book offers a future-orientated analysis by highlighting contemporary social issues through the lens of Gaudium et Spes.

In part I, authors examine the historical, political, and social significance of the document.

The book covers such topics as immigration, women in the Church, environmental ethics, human rights, economic justice, the Church in Africa, and liberation theology.