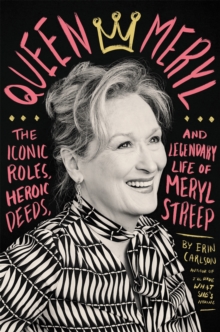 Meryl Streep is the most celebrated actress of our time.

She's a chameleon who disappears fully into each character she plays.

She never tackles the same role twice. Instead, she leverages her rarified platform to channel a range of tough, complicated women--Margaret Thatcher, Karen Silkwood, the Anna Wintour avatar Miranda Priestly--rather than limit herself to marginal roles for which other actresses must settle: Supportive Wife.

Streep will have none of that. The once-awkward, frizzy-haired suburban teen blossomed into a rising ingenue who quickly made a name on stage at Vassar College and the Yale School of Drama, where she pursued prestigious theater degrees.

She came of age during the women's movement of the Sixties and Seventies, and has worn her activism on her sleeve even when it was unfashionable.

When she reached 40, the age when many leading ladies in Hollywood fully transition to those "supportive" roles, Streep plunged forward, taking her pick of parts that interested her and winning a pile of awards along the way.

Kramer. Meanwhile, she remained an unlikely box-office draw, her clout even managing to grow with age: The Devil Wears Prada, starring Streep as a brilliant and sadistic magazine editrix, scored $125 million worldwide.

Her next film, Mary Poppins Returns, with Emily Blunt and Lin Manuel Miranda, is poised for bigger success. Queen Meryl will pay tribute to the fearless icon, documenting all of her accents, Oscars, highs, lows, friendships, and feuds.

It will also explore her "off-brand" forays into action-adventure (The River Wild) and musicals (Mamma Mia!), and how she managed to do a lot with a little, and sneak her feminism into each character.

In the spirit of Notorious RBG and The Tao of Bill Murray, two bestsellers as nontraditional as Ruth Bader Ginsburg and Bill Murray, Queen Merylwill transmit joy in homage to its allegedly serious subject. 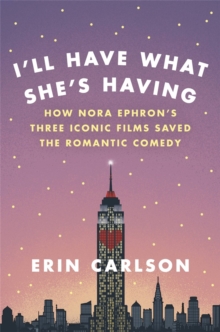 I'll Have What She's Having