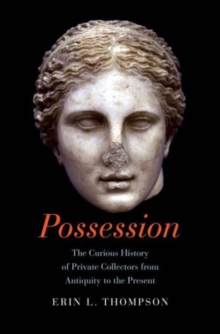 Possession : The Curious History of Private Collectors from Antiquity to the Present Hardback

A riveting account of private art collectors' passion from Roman times to the present Whether it's the discovery of $1.6 billion in Nazi-looted art or the news that Syrian rebels are looting UNESCO archaeological sites to buy arms, art crime commands headlines.

Erin Thompson, America's only professor of art crime, explores the dark history of looting, smuggling, and forgery that lies at the heart of many private art collections and many of the world's most renowned museums. Enlivened by fascinating personalities and scandalous events, Possession shows how collecting antiquities has been a way of creating identity, informed by a desire to annex the past while providing an illicit thrill along the way.

Thompson's accounts of history's most infamous collectors-from the Roman Emperor Tiberius, who stole a life-sized nude Greek statue for his bedroom, to Queen Christina of Sweden, who habitually pilfered small antiquities from her fellow aristocrats, to Sir William Hamilton, who forced his mistress to enact poses from his collection of Greek vases-are as mesmerizing as they are revealing. 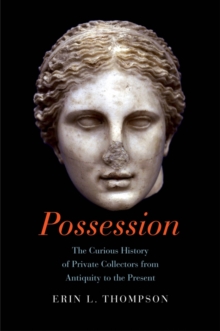