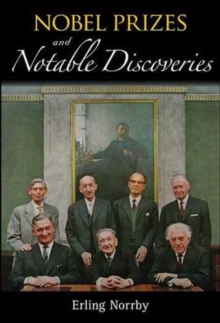 by Erling (The Royal Swedish Academy Of Sciences, Sweden) Norrby

This is the third book in a series presenting Nobel Prizes in the life sciences using the remarkably rich archives of nominations and reviews which are kept secret for 50 years after the awards have been made.

The two previous books are The present book discusses the prizes in physiology or medicine 1963-65.

The 1963 prize recognized milestone discoveries in the field of neurosciences, the way electrical impulses are generated and spread in nerves.

The impressive developments of insights into tantalizing brain functions, like consciousness and memory, is discussed in the perspective of prizes both before and after the 1963 prize.

The prize in 1964 marked the advanced biochemical venture that led to a full understanding of the synthesis of cholesterol, a central molecule for providing flexibility of the membranes of the trillions of cell in our body.

The importance of this molecule for the appearance of cardiovascular diseases and the possibilities to prevent them is presented in the light of other prizes earlier and later in this field.

Their contributions allowed the full maturation of the initial phase of the emerging field of molecular biology.

The comprehension of the information flow from DNA via RNA to proteins was the source of a revolution of life sciences and of medicine.