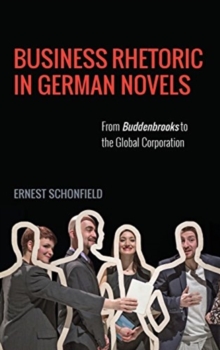 Throughout the twentieth century and well into the twenty-first, Germany has maintained its position as one of the world's largest economies.

In the literature of this period, business is often depicted as a performance that requires great linguistic skill.

This book is a study of the representation of business practices in nine German-language novels - published during the period from 1901 to 2013 - that explore how language is used rhetorically in pursuit of economic and political agendas.

In doing so, they challenge readers to refine their own interpretive skills.

By considering business rhetoric in the novels, Ernest Schonfield shows how the formulation of language remains inseparable from the exercise of economic and political power.

The central message of this book is that literature and business have something essential in common: they both rely on the persuasive use of language. Ernest Schonfield is Lecturer in German at the University of Glasgow. 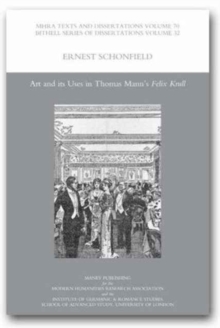 Art and Its Uses in Thomas Mann's...