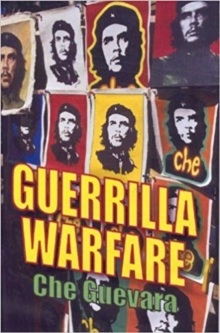 Guerrilla Warfare is Che Guevara's own story of the Cuban revolution.

It was written in 1960, just after the 1956-1959 revolution, and originally intended as a manual for other guerrilla movements of Latin America.

It grew into Che's classic account of the motivations and justifications of revolution. Before Che became an icon of revolutionary martyrdom he was a soldier, a military strategist and inspirational leader.

Che's dream was to unite the developing world through armed revolution and to end the poverty and injustice that had dominated it for centuries.

Guerrilla Warfare is the work of a man before he was turned into a myth, while he was forming the beliefs that today form the basis for numerous political struggles around the world. The Cuban revolution against the Batista dictatorship was also a struggle against American imperialism in Latin America.

For Che, American capitalism had merely replaced colonial exploitation and his prophetic insights into the globalisation that now dominates world politics are as pertinent today as when they were written. This is more than an instruction guide to founding a guerrilla movement, it is a work that sets out the faith necessary for political action, an evocation of Che's own idealism. "Che's insights are just as alive today as they were when he first wrote them down in 1960, and his work has been placed alongside that of Mao Tse-Tung and Vo Nguyen Giap.

Armed struggle, based on the Cuban example of hit-and-run tactics by small and mobile rural partisan bands is, he argues, the proper path to revolution in Latin America."-Latin America in Books. "Among Cuban revolutionary leaders, Ernesto 'Che' Guevara was unique in discerning that the Cuban Revolution could be a powerful influence in promoting insurgency elsewhere in Latin American."-American Historical Review.

In "Guerrilla Warfare: A Method" (1963) and "Message to the Tricontinental" (1967), Guevara modified some of his earlier tenets. These latter two works move away from his earlier dogmatism, suggesting that Marxist revolution was possible even in purportedly democratic regimes.

All three essays reflect his deeply held belief that a small, rural-based guerrilla army could trigger a revolution.

Introducer Marc Becker is a visiting scholar at Gettysburg College in Pennsylvania and the author of Mariategui and Latin American Marxist Theory. 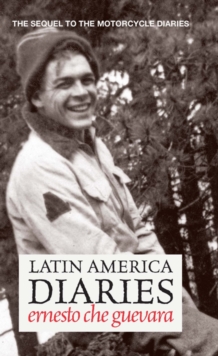 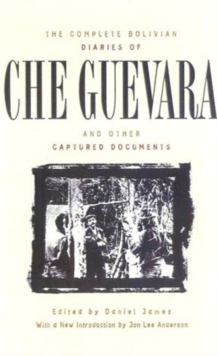 The Complete Bolivian Diaries of Che... 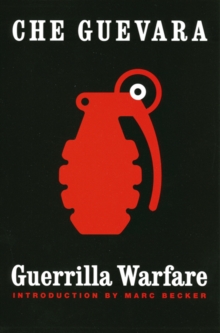