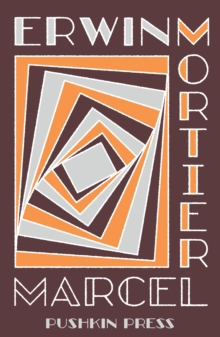 The mysterious death of Marcel, the family favourite, has always haunted the young boy.

With the help of his schoolteacher, he starts to discover the secrets of Marcel's 'black' past.

The story of his death on the Eastern Front, fighting with the SS for the sake of Flanders, and the shame this brought upon his family gradually become clear.

Erwin Mortier unravels this shameful family tale in wonderfully sensitive and evocative manner. 'Mortier writes beautiful metaphorical prose...Marcel is a literary debut of great originality.' Times Literary Supplement 'Aspiring novelists will be hard pressed to achieve this quality.' Time Out 'A dream debut, staggering in its technical control, brimming with atmosphere, moving and witty, too, and with all that, a style completely his own' NRC Handlesblad Erwin Mortier (1965) made his mark in 1999 with his debut novel Marcel, which was awarded several prizes in Belgium and the Netherlands, and received acclaim throughout Europe.

In the following years he quickly built up a reputation as of one the leading authors of his generation.

His novel While the Gods were Sleeping received the AKO Literature Prize, one of the most prestigious awards in the Netherlands.

His latest work, Stammered Song Book, a mother's book of hours,' a raw yet tender elegy about illness and loss, was met with unanimous praise.