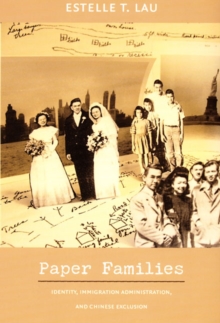 The Chinese Exclusion Act of 1882 made the Chinese the first immigrant group officially excluded from the United States.

The result was an elaborate system of "paper families," in which U.S. citizens of Chinese descent claimed fictive, or "paper," children who could then use their kinship status as a basis for entry into the United States.

This subterfuge necessitated the creation of "crib sheets" outlining genealogies and providing village maps and other information that could be used during immigration processing.Drawing on these documents as well as immigration case files, legislative materials, and transcripts of interviews and court proceedings, Lau reveals immigration as an interactive process.

Chinese immigrants and their U.S. families were subject to regulation and surveillance, but they also manipulated and thwarted those regulations, forcing the U.S. government to adapt its practices and policies. Lau points out that the Exclusion Acts and the pseudo-familial structures that emerged in response have had lasting effects on Chinese American identity.

She concludes with a look at exclusion's legacy, including the Confession Program of the 1960s that coerced people into divulging the names of paper family members and efforts made by Chinese American communities to recover their lost family histories. 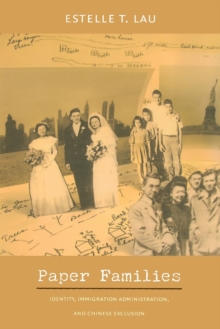