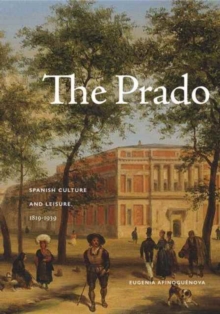 The Prado takes an unconventional look at Spain's most iconic art museum.

Focusing on the Prado as a space of urban leisure, Eugenia Afinoguenova highlights the political history of the museum's relation to the monarchy, the church, and the liberal nation-state, as well as its role as an extension of Madrid's social center, the Prado Promenade. Rather than assume that visitors agreed about how to interpret the museum, Afinoguenova approaches the history of the Prado as a debate about culture and leisure.

Just like those crossing the museum's threshold, who did not always trace a firm line between what they could see or do inside the building and outside on the Paseo del Prado, the participants in this debate-journalists, politicians, museum directors, art critics-considered museum-going to be part of a broader discussion concerning citizenship and voting rights, the rise of Madrid to the status of a modern capital, and the growing gap between town and country. Based on extensive archival research on the museum's displays and policies as well as the attitudes of visitors and city-dwellers, The Prado unfolds the museum's many political and propagandistic roles and examines its complicated history as a monument to the tension between culture and leisure.

Art historians and scholars of museum studies and visual and leisure culture will find this foundational study of the Prado invaluable. 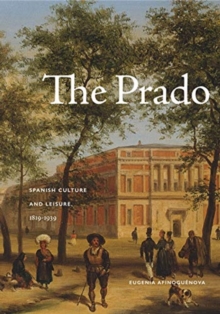