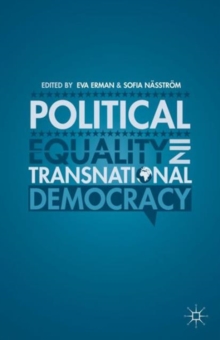 This book is about the status of political equality under global political conditions.

If political equality generally is considered a core feature of democracy, it has received little attention among theorists concerned with global governance.

Given the enormous emphasis on democracy as legitimizing factor in global politics, this neglect is noteworthy.

This book sets out to address what accounts for the neglect, on the one hand, and how it may be remedied, on the other.

The overall aim is to revitalize the debate on the status of political equality in transnational democracy.