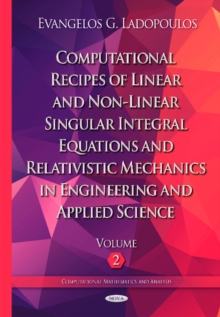 Such types of linear and non-linear singular integral equations form the latest technology of very important problems of solid and fluid mechanics, which should be given special attention by the reader.

The Singular Integral Operators Method (S.I.O.M.) is introduced and investigated for the numerical evaluation of the multidimensional singular integral equations.

This approximation method in many cases offers important advantages over "domain" type solutions, like finite elements and finite difference, as well as analytical methods such as complex variable methods.

Additionally, a special field of applied mechanics is introduced, named as Relativistic Mechanics, which is a combination of the classical theory of elasticity and general relativity. 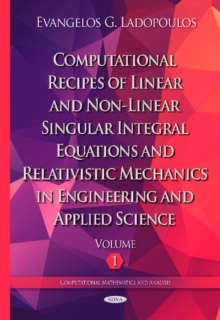