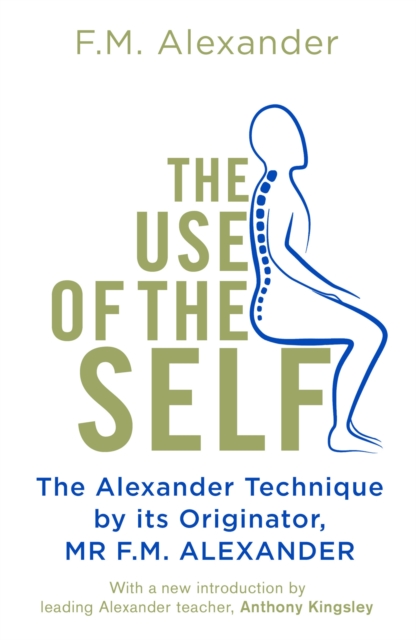 The Use Of The Self Paperback / softback

The world famous classic by the originator of the Alexander Technique, with a new perspective by Anthony Kingsley. Frederick Matthias Alexander was born in Tasmania in 1869.

In his twenties, he became a professional reciter of dramatic pieces.

After almost completely losing his voice he pioneered a method of improving the 'use' of his body musculature in all positions and movements and cured his vocal problems without medical aid. Alexander then realised that most people stood, sat and moved in a defective manner and that incorrect 'use of the self' might be the cause of much human suffering.

He moved to London and established a school, publishing several books and achieving success, with recommendations from famous contemporaries such as Aldous Huxley and Sir Stafford Cripps.

Alexander died in 1955 but his 'principle' lives on through the work of many teachers of his method.