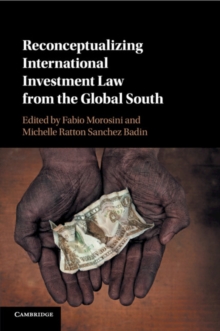 This book shows how the current reform in investment regulation is part of a broader attempt to transform the international economic order.

Countries in the North and South are currently rethinking how economic order should be constituted in order to advance their national interests and preferred economic orientation.

While some countries in the North seek to create alternative institutional spaces in order to promote neoliberal policies more effectively, some countries in the South are increasingly skeptical of this version of economic order and are experimenting with alternative versions of legal ordering that do not always sit well with mainstream versions promoted by the North.

While we recognize that there are differences in approaches to the investment regimes proposed by countries in the South, we identify commonalities that could function as the founding pillars of an alternative economic order.