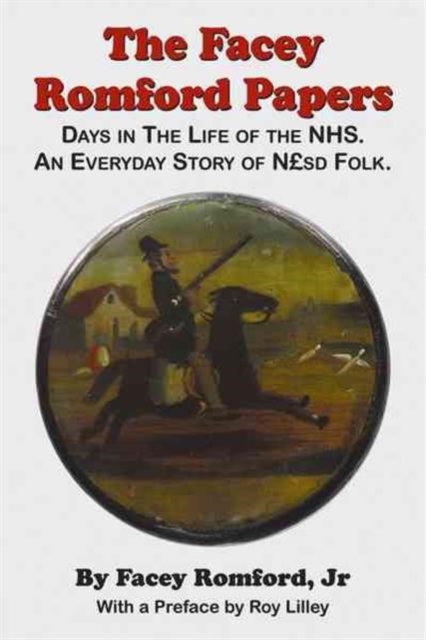 Facey Romford Papers : Days in the Life of the NHS. an Everyday Story of Nhgbpsd Folk Paperback / softback

"You will never think of the NHS in the same way again!" - Roy Lilley.

This unusual, witty, satirical, pseudonymous, controversial and very pointed work gathers together the 50 episodes which were originally published on the famous and widely-read nhsManagers.net eletter run by Roy Lilley, which has some 30,000 subscribers here and abroad.

Both the author, and Mr. Lilley - who are not one and the same - have been Chairs of NHS Trusts and advisers to government. Mr. Romford dramatizes the current issues and problems of British healthcare - and points out some radical and innovative solutions.Roy Lilley's Preface says: "The author of this book's ingenuity, creativity and power to entertain knows no bounds!

His unique approach to writing and grasp of character and narrative make him a joy to read.

Nowhere are his talents better showcased than in the tales of Facey Romford, Jr.I know this to be true for two reasons.

First, he entertains me and manages to make me laugh out loud and that's not easy!

Second, he had the same effect on the thousands of readers of my nhsManagers.net eletter where much of this book first appeared as a regular column.I know that to be true because readers wrote and told me so!The author holds up a mirror to the NHS and public service, its foibles and peculiarities.

He shines a light into the dark recesses and makes us think, entertains us, pokes fun and encourages us to do better.

His characters are a delight and his stories grasp the issues of the day and sets them out in a new light.

I am thrilled that this whole body of work can, at last, be found in one place.

It is a work of genius. Enjoy it, rip through it. It is a breathless read but you will never think of the NHS in the same way again! "