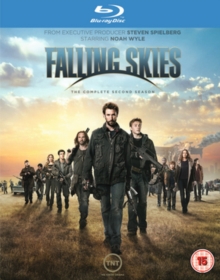 All ten episodes from the second season of the US sci-fi drama following the aftermath of an alien invasion.

When Second Massachusetts deputy commander Tom Mason (Noah Wyle) returns to the group three months after leaving on an alien spaceship in order to save his son Ben (Connor Jessup), he finds his loyalty questioned by his fellow survivors.

The episodes comprise: 'Worlds Apart', 'Shall We Gather at the River', 'Compass', 'Young Bloods', 'Love and Other Acts of Courage', 'Homecoming', 'Molon Labe', 'Death March', 'The Price of Greatness' and 'A More Perfect Union'.