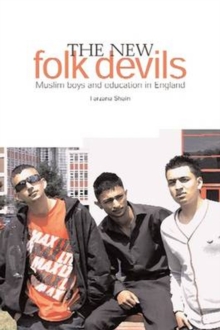 Muslim boys, once regarded as passive, hard-working and law-abiding, have recently been recast in the public imagination..

Now the stereotypical image is of volatile, aggressive hotheads who are in danger of being brainwashed into terrorism, or of would-be gangsters who are creating no-go areas in English towns and cities.

This timely and original book offers a theoretical and empirical challenge to such representations.

It locates current concerns about Muslim boys in a wider social and historical context and examines the economic realities and cultural misconceptions that have shaped current understandings of Muslim boys as a threat to the social order.

The book critically examines arguments about the supposed radicalisation of Muslim boys and, drawing on interviews conducted with schoolboys in the West Midlands, illustrates instead the range of preoccupations that are significant in shaping their social and political identifications and their experiences of schooling.

Among these are the struggles over masculinity and territory that are played out in the context of their local class cultures. "The New Folk Devils" will be invaluable to teachers, students and academics interested in the study of youth, masculinity and schooling.

It offers a fresh perspective for analysing the educational implications of recent political events such as the 9/11 terrorist attacks in America and the 7/7 bombings in London. 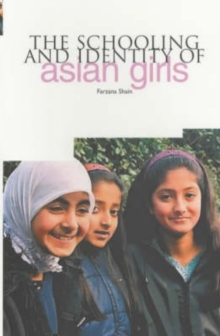 The Schooling and Identity of Asian...