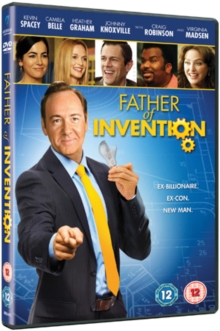 Kevin Spacey stars in this comedy about an inventor struggling to rebuild his life after serving a jail term.

Robert Axel (Spacey) has just come out of jail after serving an eight-year sentence for creating a faulty product that led to thousands of people losing their fingers.

His ex-wife (Virginia Madsen) has squandered his hard-earned millions, and Bob must start again from the very bottom of the ladder.

In a desperate attempt to restore his reputation and win over his estranged family, he reinvents himself as the king of the infomercial and tries to rebuild his shattered empire - with mixed results.