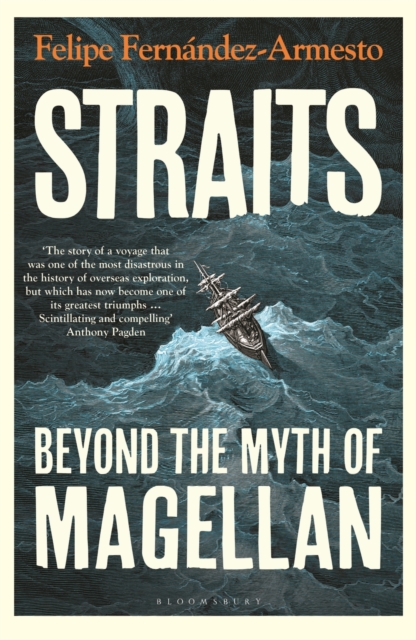 Straits : Beyond the Myth of Magellan Hardback

For centuries, Ferdinand Magellan has been celebrated as a hero: a noble adventurer who circumnavigated the globe in an extraordinary feat of human bravery; a paragon of daring and chivalry. Now historian Felipe Fernandez-Armesto draws on extensive and meticulous research to conduct a dazzling investigation into Magellan's life, his character and his ill-fated voyage.

He reveals that Magellan did not attempt - much less accomplish - a journey around the globe, and that in his own lifetime, the explorer was abhorred as a traitor, reviled as a tyrant and dismissed as a failure.

Fernandez-Armesto probes the passions and tensions that drove Magellan to adventure and drew him to disaster: the pride that became arrogance, audacity that became recklessness, determination that became ruthlessness, romanticism that became irresponsibility, and superficial piety that became, in adversity, irrational exaltation. And as the real Magellan emerges, so too do his true ambitions, focused less on circumnavigating the world or cornering the global spice market than on exploiting Filipino gold. Offering up a stranger, darker and even more compelling narrative than the fictional version that has been glorified for half a millennium, Straits untangles the myths that made Magellan a hero.