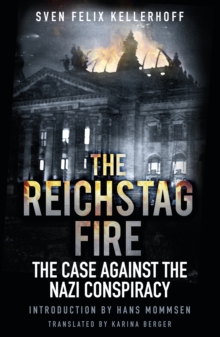 The Reichstag Fire : The Case Against the Nazi Conspiracy Hardback

Who really caused the Reichstag fire on the evening of 27 February 1933?

Were the Nazis really to blame? The debate has been going on for over eighty years as to who started the Reichstag fire and, in turn, became the catalyst of the Nazi dictatorship.

The Reichstag Fire hopes to shed light on this enduring discussion. Using careful analysis of source material, award-winning journalist Sven Felix Kellerhoff charts the outbreak of the fire, the Reich Cabinet's response to the event, Marinus van der Lubbe's repeated confession to the crime, and the far-reaching consequences of the fire.