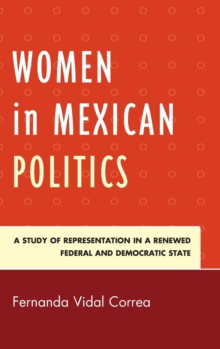 Women in Mexican Politics : A Study of Representation in a Renewed Federal and Democratic State Hardback

This book offers an analysis of how women's participation is conducted in Mexicos political sphere.

Federalization and decentralization processes can have a significant impact on women's participation and discrimination.

By questioning the form in which a democratic state is built (that is, the degree of (de)centralization) the book looks to a set of forms and processes affecting women's political life.

A decentralized form of state-government implies three levels of government in which women (or any other group of people) can have active participation: central-federal government, state-regional-province government, and local (municipalities) government.

This book offers an analysis of how gender discrimination operates in a different way in each of these levels of government and the corresponding political activity.

Policies that fight against gender discrimination and promote women's participation, in both administration and political parties, do not always operate cooperatively, and often exist in contradiction with each other. 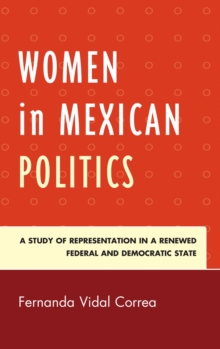