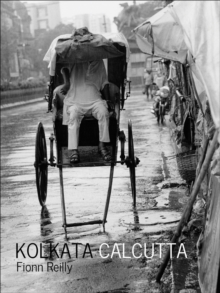 Kolkata Calcutta is a superb collection of classic black-and-white, and colour photographs of one the world's most enthralling and mysterious cities as revealed through the lens of photographer Fionn Reilly. Inspired by the films of Kolkata's celebrated director Satyajit Ray and the great Indian photographer Raghubir Singh, Reilly's images capture an intense city that exudes a true sense of soul, haunted by its ghosts of empire.

Primary among this volume are Reilly's candid shots of everyday people in pursuit of their everyday business, religious and cultural icons, historical architecture, and open spaces. Kolkata, the "City of Joy", is a city that never ceases to amaze.