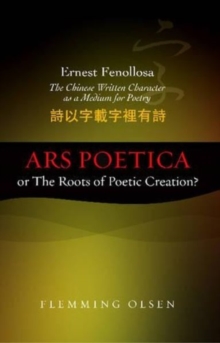 Ernest Fenollosa - The Chinese Written Character as a Medium for Poetry : Ars Poetica or the Roots of Poetic Creation? Paperback / softback

The first decade of the 20th century witnessed a calling into question of some of the central positions held by the late 19th century Positivists.

There was a shift of paradigm in science as well as art, as elicited by Einstein, William James, Freud, Picasso, Bergson and Pound.

The insufficiency of the Positivist world picture became increasingly evident.

Importantly, the concept of what was conventionally called reality, and legitimate ways of describing it, were being transformed.

Fenollosa's long essay, "The Chinese Written Character as a Medium for Poetry", was a ground-breaking, if idiosyncratic, poetic criticism, as well as a significant illustration of prevalent intellectual concerns.

The role of the individual word in creating images was central to Fenollosa's interest, as it was to the majority of contemporary poets and critics, but he found an intriguing prototype in the Chinese pictogram, which conveys an item of information via a concrete, more or less stylised, illustration.

Flemming Olsen follows Fenollosa's theorising, showing the extent to which it is indebted to, and shaped by, post-Positivist tenets. The current cult of dynamism is reflected in Fenollosa's idea of metaphor, which he sees as a linguistic manifestation of the Bergsonian elan, which is the driving force behind everything.

This explains his predilection for sentences with a transitive verb, which signals action, and his aversion to the stasis of grammar, logic and the copula.

Equally, truth is not seen by Fenollosa as the accordance between observed facts and some pre-established metaphysical entity, as held by positivist science, but as a labile concept; it is "something that happens", determined by a context -- an idea pursued, for example, by the "absurd" dramatists.

The picture of "reality" given by the poetical image could be just as truthful as the picture given by science.

Reality thus moves from being "our" reality, to become "my" reality.

Fenollosa was not a literary critic; he was an orientalist by profession.

Yet his linguistic ideas, although presented in a rudimentary form and without any elaborate terminology, foreshadow linguists' concentration on, and analysis of, the medium just as much as the message. Pound's contention that Fenollosa's essay is a modern ars poetica is shown to be exaggerated; its interest rather lies in Fenollosa's endeavour to go to the roots of poetic creation.

Also by Flemming Olsen   |  View all 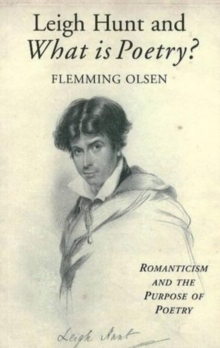 Leigh Hunt & What is Poetry? 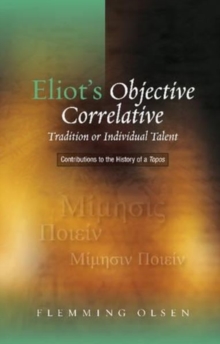 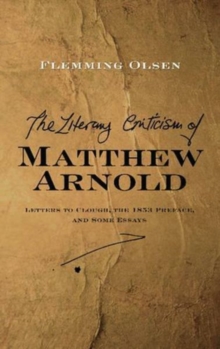 The Literary Criticism of Matthew Arnold 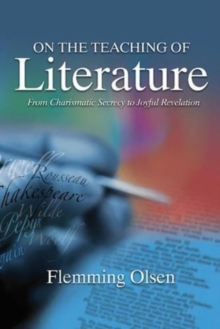 On the Teaching of Literature