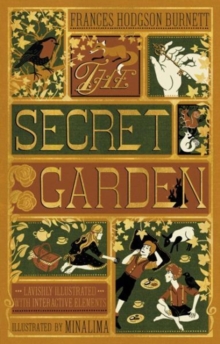 The classic English children's novel of three young friends and one special garden, stunningly reimagined in a deluxe full-color edition, illustrated with beautiful artwork and unique interactive features created by the award-winning design studio behind the graphics for the Harry Potter film franchise, MinaLima-sure to delight fans of the live action film versions coming in 2018 from Disney and Universal Studios. After tragedy leaves Mary Lennox orphaned, the bratty ten-year-old British girl is sent from her home in India to Yorkshire, to live with Archibald Craven, a distant uncle whom she has never met. At first, life in the isolated Misselthwaite Manor is as cold and desolate as the bleak moor outside her window.

Then Mary learns the story of the late Mrs. Craven, the estate's mistress, who spent hours in a walled garden tending to her roses.

Mrs. Craven died after an accident in the garden, and her forlorn husband forbid anyone to enter it again, locking it and burying the key.

The tale piques Mary's curiosity and inspires her to find this secret garden, a search that introduces her to new friends, including a robin redbreast; Dickson, a twelve-year-old boy with a kindness to animals; and Colin, her secluded sickly first-cousin.

Spending time in the garden transforms Mary and Colin and ultimately, life at Misselthwaite Manor itself. Originally published in 1911, Frances Hodgson Burnett's poignant story has captured reader's hearts for more than a century.

Part of Harper Design's series of deluxe reimagined children's classics, this captivating unabridged gift edition takes readers on a memorable journey that teaches them lessons about hardship, friendship, happiness, and restoration. Illustrated throughout, The Secret Garden comes with ten interactive features, including:A layout of the Manor House and groundsA map of the Secret GardenA dial showing how plants grow throughout the seasonA cut-out paper doll of Mary and her clothesA removable letter to Dickon from his older sister, the maid who tells Mary the story of the garden

Also by Frances Burnett   |  View all 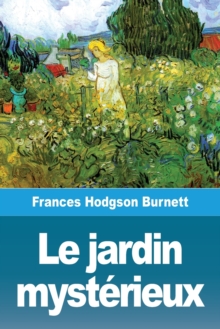 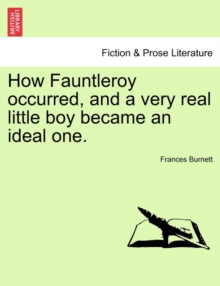 How Fauntleroy Occurred, and a Very... 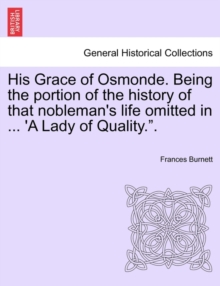 His Grace of Osmonde. Being the Portion... 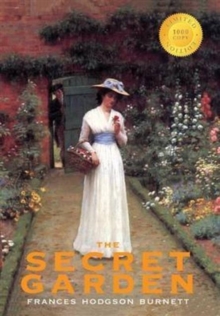