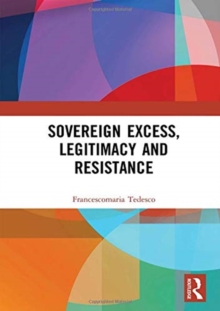 by Francescomaria (University of Camerino) Tedesco

When talking about his film Salo, Pasolini claimed that nothing is more anarchic than power, because power does whatever it wants, and what power wants is totally arbitrary. And yet, upon examining the murderous capital of modern sovereignty, the fragility emerges of a power whose existence depends on its victims' recognition.

Like a prayer from God, the command implores to be loved, also by those whom it puts to death.

Benefitting from this "political theurgy" as the book calls it (the idea that a power, like God, claiming to be full of glory, constantly needs to be glorified) is Barnardine, the Bohemian murderer in Shakespeare's Measure for Measure, as he, called upon by power to the gallows, answers with a curse: 'a pox o' your throats'.

He does not want to die, nor, indeed, will he. And so, he becomes sovereign. On a level with and against the State.