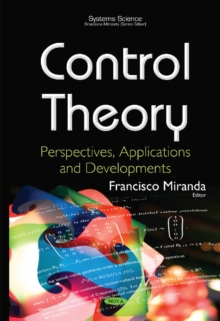 Control Theory is a field of applied mathematics and engineering that deals with the basic principles underlying the analysis and design of control systems. "Controlling a system" means to influence the behavior of the system in order to achieve a desired goal.

Control theory deals with the use of a controller to achieve this purpose.

Control theory has been recognized as a mathematical subject since the 1960's; it has contributed to scientific and technological progress in many areas over the last few decades.

Control theory has been extensively used in modern society, from simple applications such as temperature devices to sophisticated systems in space flight.

The aim of this book is to solve different problems concerning control systems.

This book joins a number of recent works in control theory and is useful as a source for researchers in this field concerning control systems.