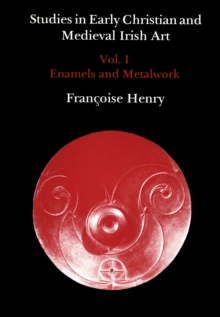 Over the past fifty years, Francoise Henry has been the leading authority on the history of early Irish art.

A pupil of Henri Focillon, she united two traditions of scholarship, one French and one Irish, and her understanding of the European context within which the art of early Christian Ireland developed has had a profound influence on subsequent research.

These three volumes bring together the articles that Dr. Henry published on Irish art and its European links.

The first volume is concerned with enamel and metalwork, a field in which the author specialized from the beginning.

Emailleurs d'Occident looks at Western enamels, among which the Irish examples figure prominently, and the development of Irish enamelling is treated separately in the following study.

Metalwork is also featured, in the form of a number of Dr. Henry's important studies on hanging-bowls, croziers, and chalices. 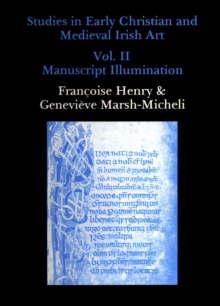 Studies in Early Christian and... 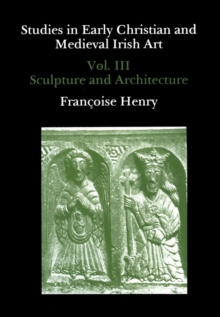 Studies in Early Christian and Medieval...