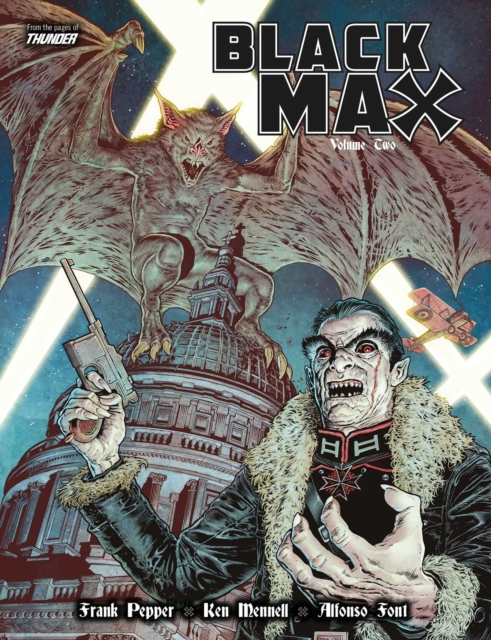 Part of the Black Max series

Bi-planes vs giant vampire bats in this thrilling collection of war comics with a horror twist!

Lieutenant Tom Wilson returns to battle Baron Maximilien Von Klorr and his attack force of giant vampire bats in a continuation of the popular series.

The World War One era story moves to England with a monstrous albino bat attacking London with each page beautifully drawn by Alfonso Font working on one of his very first comic series.

This exciting World War One aviation adventure is ideal for fans of Charley's War and Hammer horror films!